A drive of not much more than five minutes.  It will cost you fifteen bucks, twenty if you have a passenger. Is the 5.2 mile trip to the top of Mt. Equinox on Skyline Drive, the longest private paved toll road in the country, worth it?  Every penny. 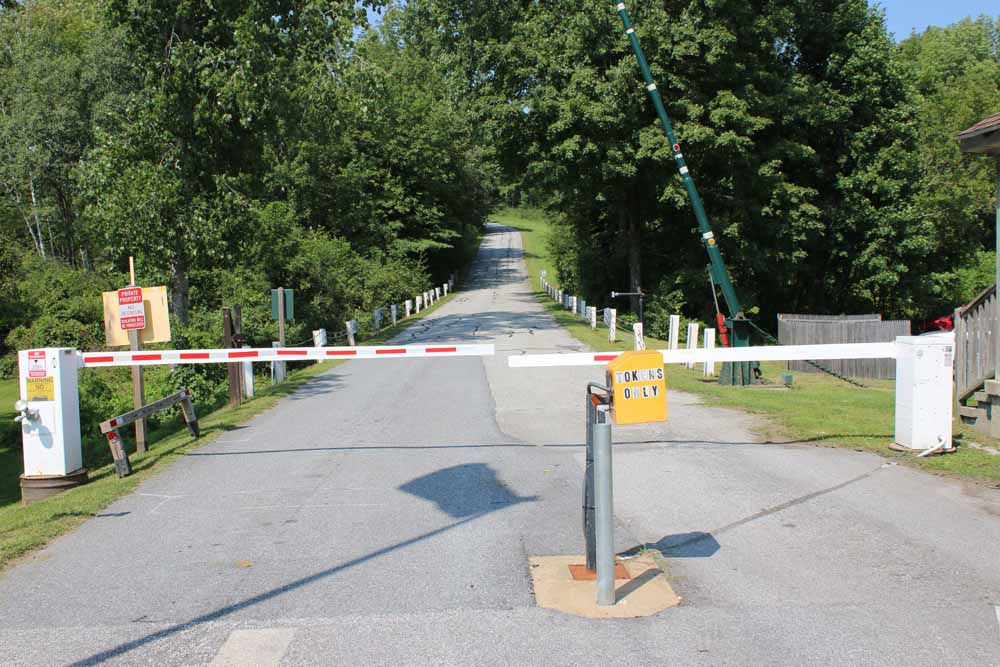 Starting at the Toll House on Route 7A in Sunderland, Vermont, Skyline Drive ascends 3248’ through a series forty-one turns, twenty of them sharp switchbacks. Each year the drive, described as  some of the trickiest miles in any form of racing, lures sports car enthusiasts from across the country to the annual Mt. Equinox Hill Climb- a time trial to the top of the mountain.  Originally a Sports Car Club of America event, the race is now sponsored by the Vintage Sports Car Club of America.  Joel Finn driving a Cooper Formula 1 owns the race record, reaching the summit in 4:28, an average speed of over 60mph.

My wife Judith and I recently joined Paul Budlong and his wife Patty for a trip up the mountain.  It was the most intense drive I’ve ever done [Jude closed her eyes a couple of times].  Straight sections of road and long sweeping turns are punctuated by extremely sharp switchbacks with steep grades that demand first gear.  The drive asks for everything your car has to offer. 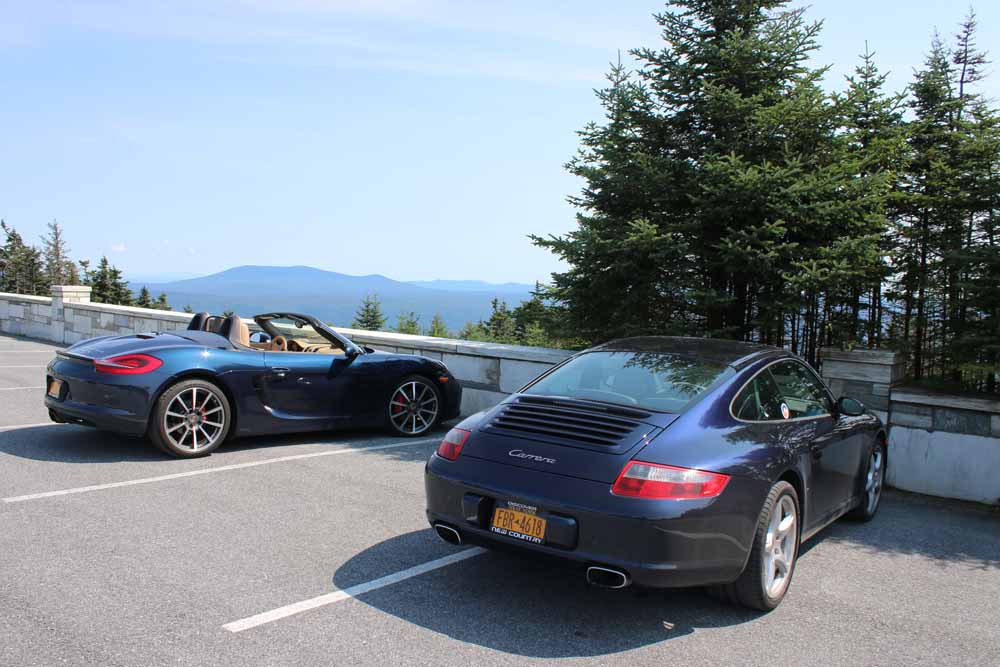 The road winds through a deciduous forest, occasionally breaking into the open, rewarding the driver with spectacular views.  The mountain’s 3,848’ summit is the highest point in the Taconic 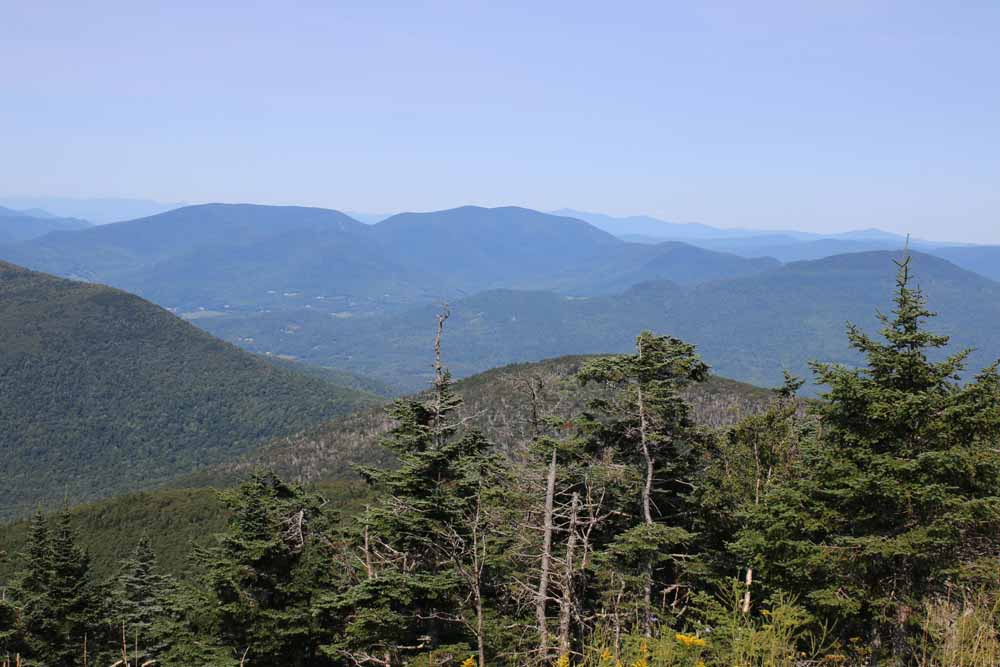 range and there’s a ten degree temperature differential between the base and the summit. Winds of 121 mph have been clocked on the peak.   The view from the top and the St. Bruno Viewing Center is a breathtaking panorama. On a clear day, it’s possible to see Montreal’s Mount Royal.

A few things to keep in mind: The drive is a popular attraction- there is traffic on the road [On the way up, a Ferrari passed us coming down. What that car was doing there I have no idea].  Although a number of cars were parked on the summit, we were fortunate to have the road to ourselves on our ascent. Generally the road is in good condition.  A few washboard sections caused by frost heaves and some patched potholes don’t diminish the driving experience. The posted speed limit is 20 mph. 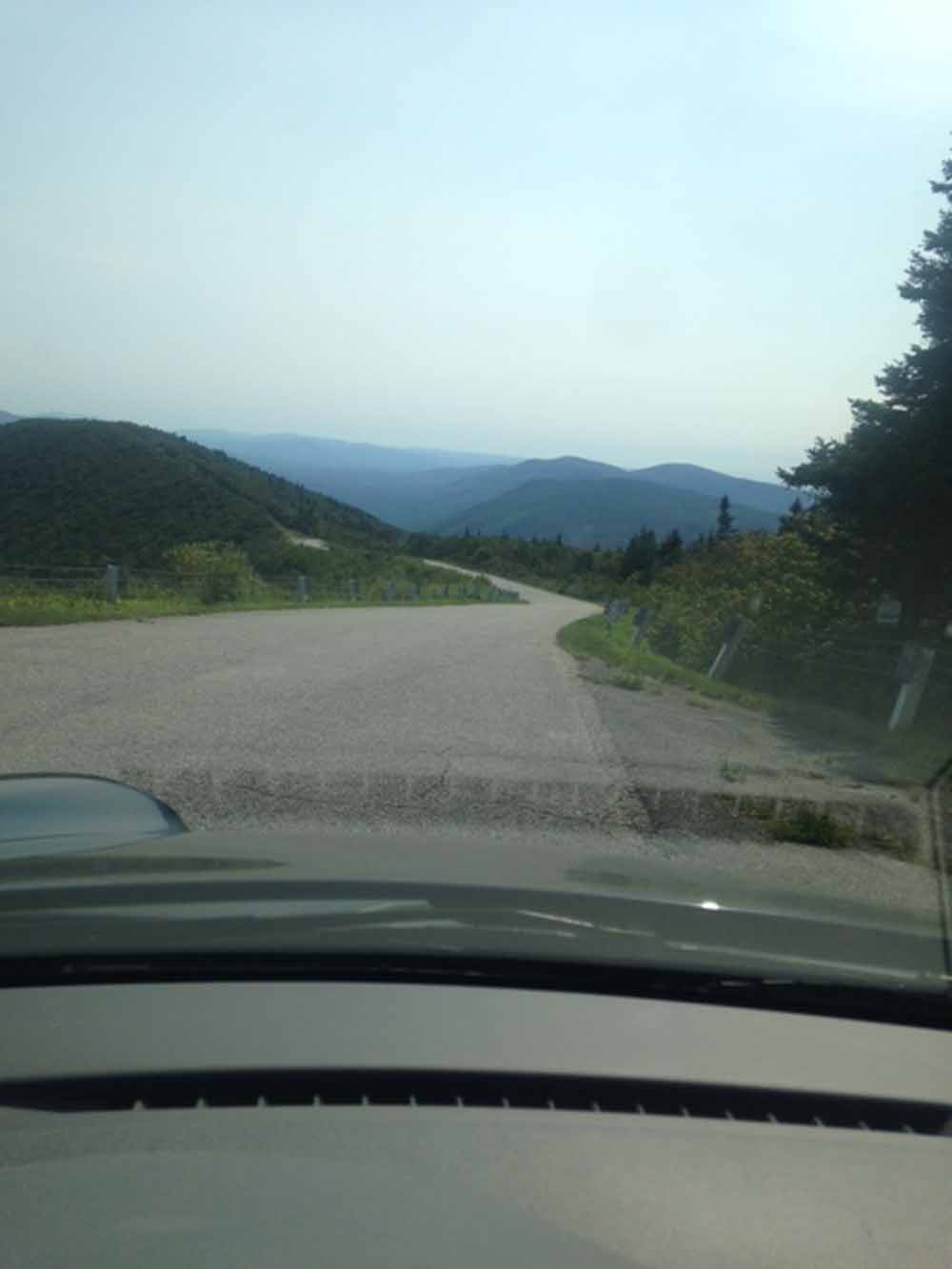 From the mountain it’s a short drive into Manchester Center where you’ll find good places to eat and a variety of shops, including a number of factory outlet stores and the Northshire bookstore.  Also, check out Orvis and the store’s trout pond.  This side of Alaska, the pond has some of the largest trout you’ll ever see.  If Herman Melville had visited the pond, he might have written something other than Moby Dick.

Here are a couple of links if you’re interested in the drive.

A video taken by a motorcyclist ascending the mountain.  It doesn’t really capture the intensity of the drive with its demanding turns but you can get some idea of the entertainment the drive provides:

This entry was posted in Great Drives and tagged featured. Bookmark the permalink.