Porsche lost a great friend when  legend Shep Adkins died this past August at the age of 90 at his home in Morro Bay, California.  I met Shep in 1957, when I was 14 years old when he visited FoCastle Farms our family farm in Burnt Hills, N.Y. for a week-end stay with his 356 Super Coupe.  My father was an avid sports car enthusiast and was driving a Jaguar XK-120 at the time.  Once my father drove Shep’s Porsche, “our lives changed forever. 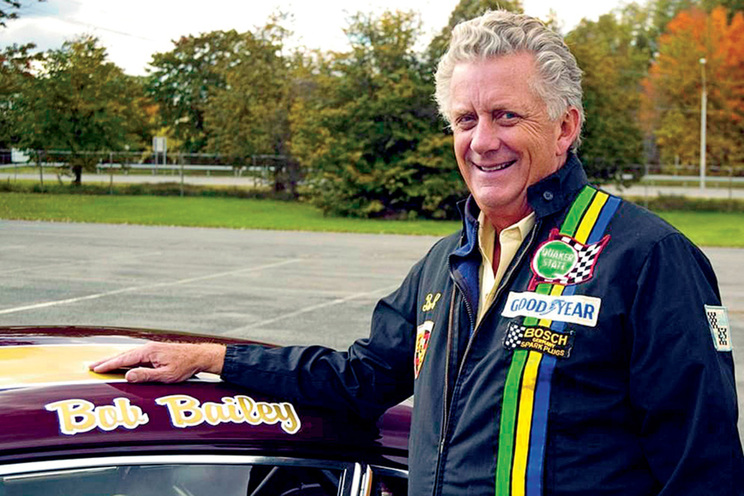 A South African native, trained as an engineer,  Shep became interested in automobiles at an early age, having seen the Type C 16 Cylinder Auto Union Car race in the South African Grand Prix in Cape Town in 1936.  In South Africa, Shep raced Manx Norton motorcycles and rode the Isle of Man on a long-stroke Sunbeam.   He came to the U.S. in the mid-fifties and after settling in the Boston area, formed the Northeast Region of PCA.  Next move to Akron, Ohio, in 1959, and sure enough, an Akron Region of PCA was born.  PCA Member number 15, Adkins is credited with founding 8 early Porsche Club Regions.  Owner of 36 Porsche’s over the years.  And Adkins tells the marque’s truth:  “Porsches are appealing because they attract wonderful people who become longtime friends” I can attest to that, as Shep and I have stayed in contact and remained Porsche friends for 58 years.

The die was cast, my father sold the Jaguar and purchased a new 1957 356 normal coupe, we joined the Hudson-Champlain Region of the Porsche Club of America (I have been a PCA member for 58 years).  In 1961 I purchased a brand new S-90 Roadster at the age of 18.  I was determined to start racing, but at that time you had to be 21 to race in the U.S., so I went across the border and raced in Canada.  Thus began my

fifteen year career racing Porsche’s. Always raced Porsche’s, after the S-90, I had a 1962 356 2-liter Carrera GT which I raced in C-production with my good friend Bruce Jennings and raced the car in the Sebring 12 hours with John Kelly co-driving with me for a 1st in Sports.  During this same period, I started my business B&B Motors selling Porsche accessories and racing safety equipment.  We distributed Bursch tuned exhausts, Koko floor mats, sway bars & roll bars.  When DuPont developed Nomex flame resistant fabric, B&B was one of the first companies to manufacture racing suits.  At that time we supplied Goodyear Racing with all their driving uniforms.  When I raced my factory 911 lightweight in the Trans-Am series in 1967 thru 1969 I became good friends with Mark Donohue and became business partners and formed Racemark International.

I met my wife Ginger in 1968 when she was at Skidmore College in Saratoga, N.Y. and brought her 356 Cabriolet to my race shop for repair.

Quite extraordinary, how that week-end in 1957 meeting one Shepperson Prescott Adkins at the age of 14, set in motion a chain of events all centered around Porsche, my racing career, my business, my marriage of 43 years.

Thank you Shep and God Speed!

This entry was posted in Members. Bookmark the permalink.