When autocross chair Chris Klapper arrived at the McCarty Ave. parking lot on a late summer morning he expected to set cones for the autocross course he had laid out in his mind.  He didn’t expect thirty cars parked in the middle of the lot with their drivers off to parts unknown.  What followed was  a quick, think-on-your-feet redesign that produced a technical, twisting course that seriously challenged the twenty-two drivers who showed up for the event.   Elapsed times tell the story of the course.  Despite the horsepower and nimble handling of the cars on the line, the day’s best time was a good forty seconds slower than the fastest time recorded at the first autocross event in May and twenty seconds slower than the fastest time that would be recorded in October.  A Subaru won the day with a run almost a second and a half quicker than the second place Boxster.  Two 911’s and a 968 took the remainder of the top five spots.  Other than the bizarre island of cars in the middle of the McCarty lot, the big news of the day is fact that over a quarter of the entrants were women drivers. Autocross is definitely not just a guy thing.

Sixteen drivers registered to run in October on a course free from the  frustrations of the September course that produced elapsed times of over two minutes.   This time out, the spread between the fastest and slowest times was much narrower; although, the course held its challenges with no one clocking under a minute.  Of the fifteen Porsches and the Mini that competed, Caymans made the strongest showing with day’s fastest time and another  in the top five.  Once again there was a strong contingent of women drivers. 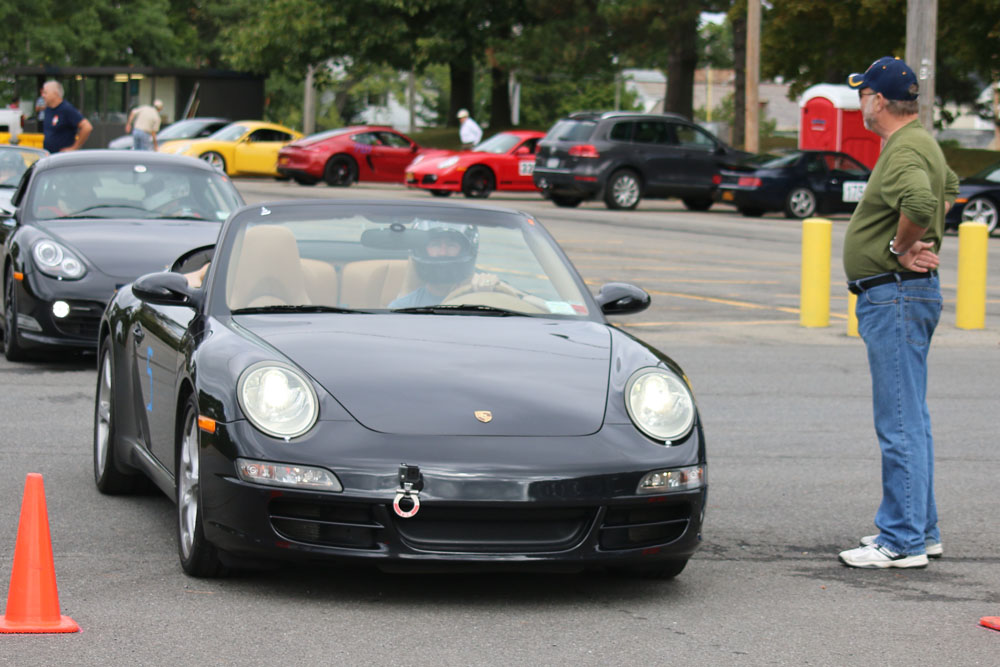 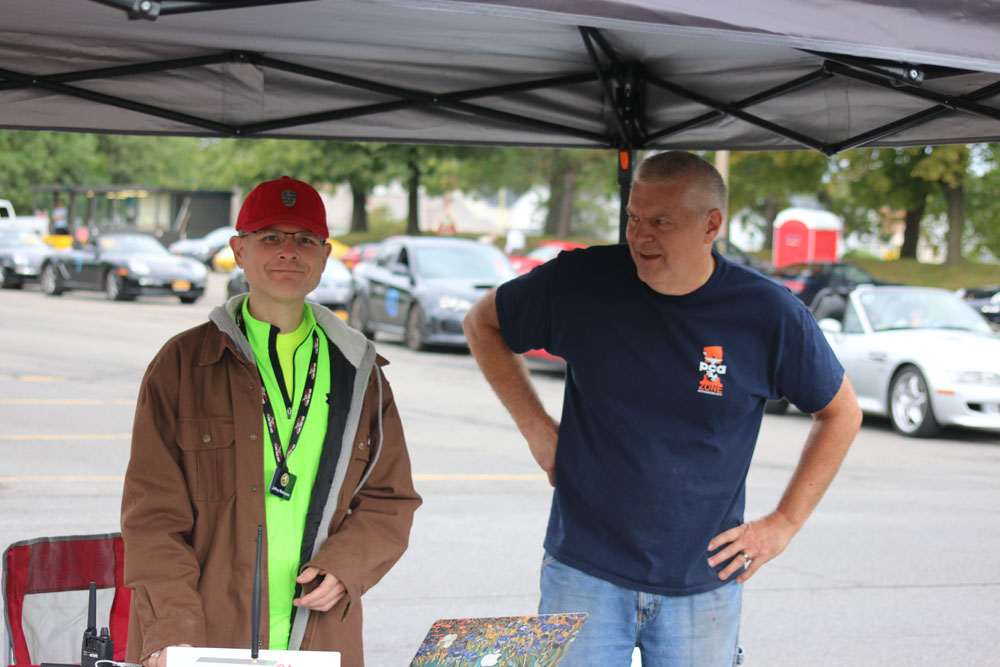 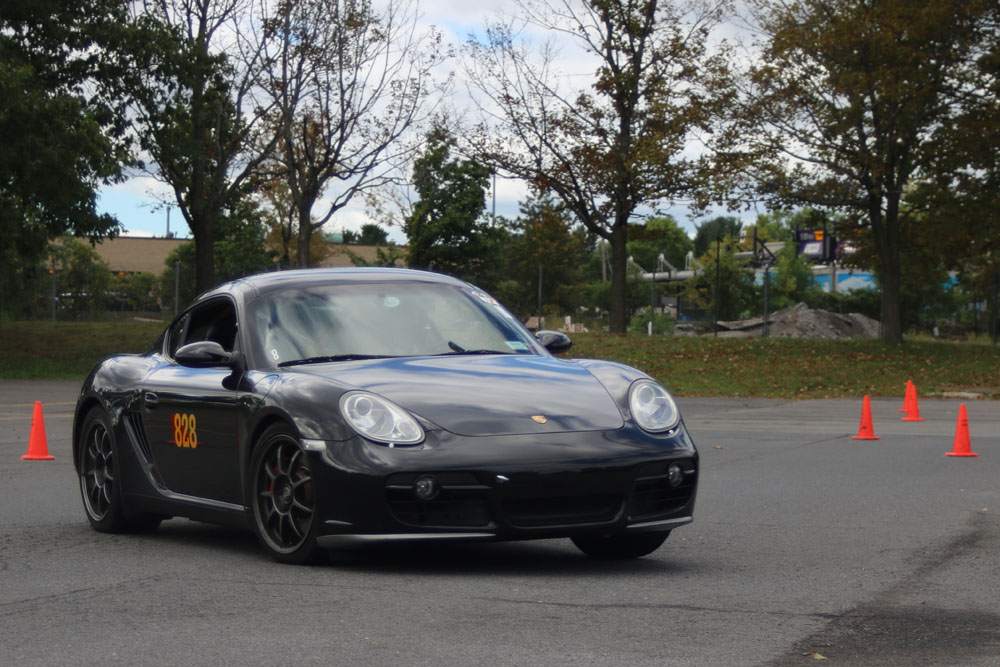 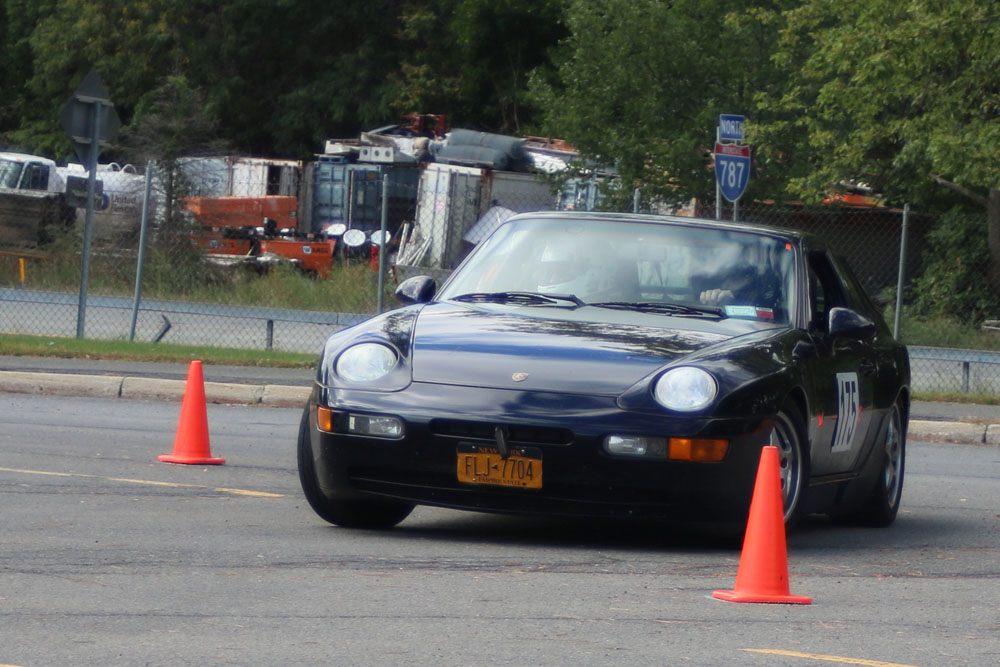 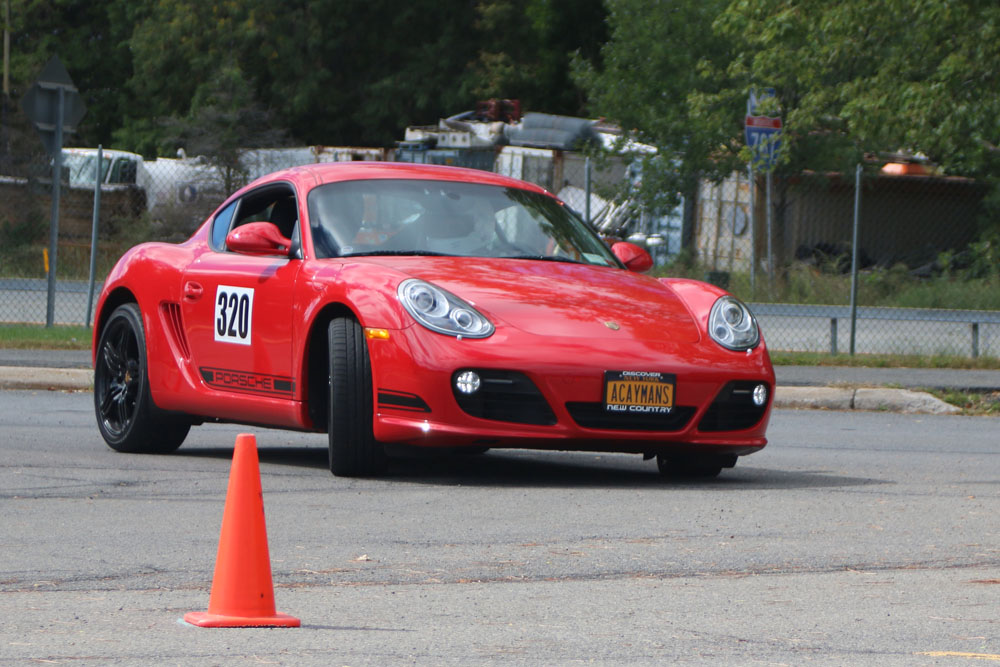 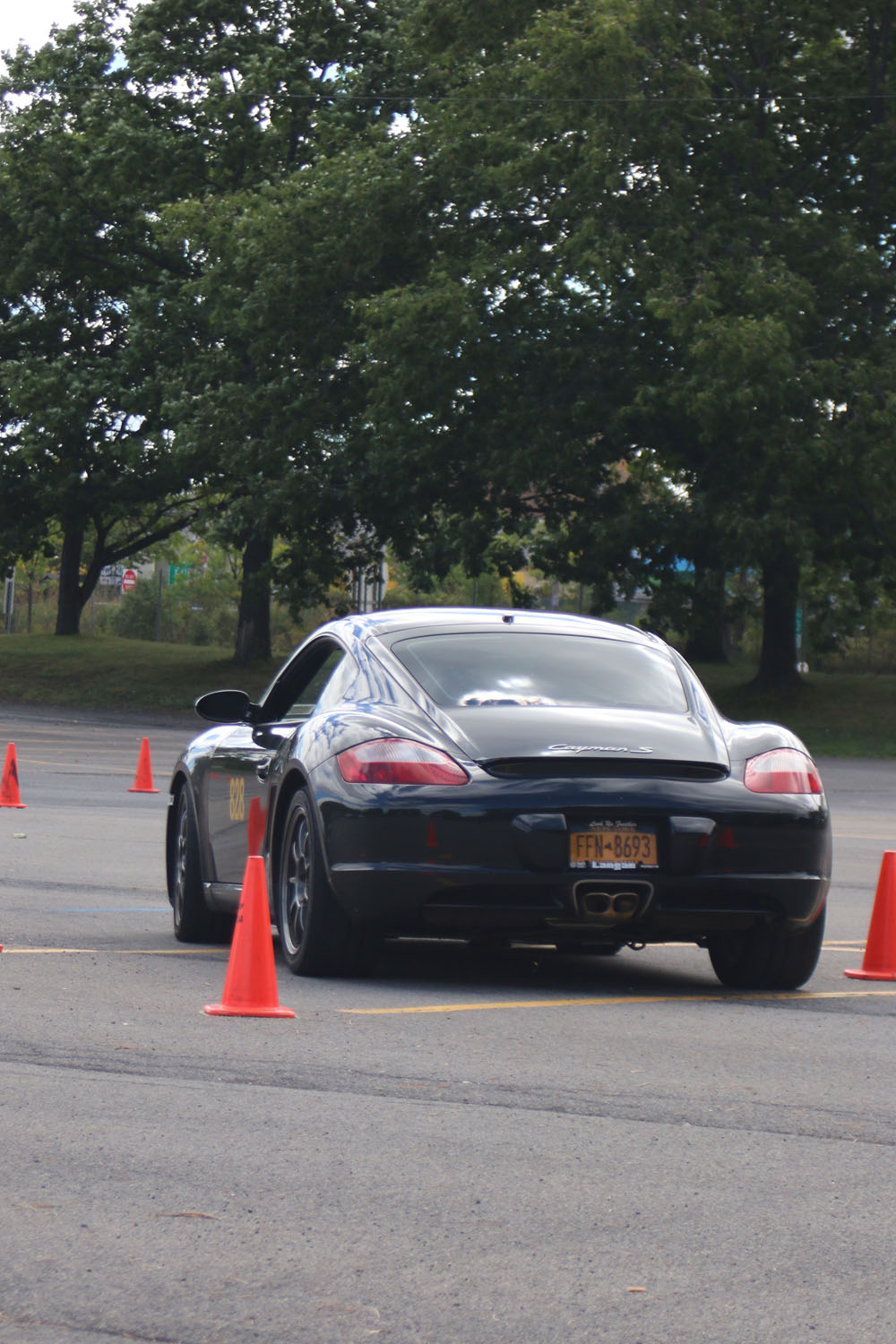 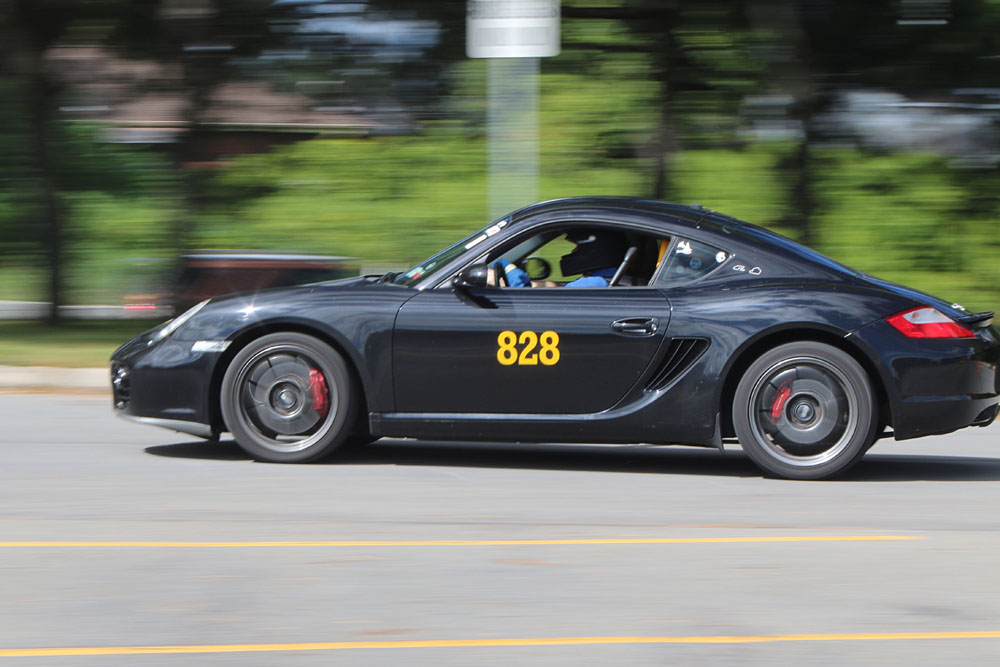