Posted on January 29, 2019 by thebeauchemins 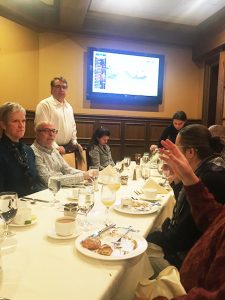 The snow was falling, and there wasn’t a Porsche in sight when we pulled in to the Prime parking lot this past Sunday for the first club event of 2019. Thanks to Lou Dahoda’s technical abilities, the gathered club members had roadside seats at the Daytona Rolex 24 that ran despite the torrential downpours. There was lots of drama as the cars hydroplaned around the course. Fernando Alonso, the winner of the race, admits to wanting the race stopped several laps before the final call even though he was in second place at the time.  In his words, “The visibility was nearly zero, we could not be flat-out on the straights, the car was moving, the TC (traction control) was coming in sixth gear at 200 mph, there were parts of different cars in different parts of the track, because people were losing bodywork here and there.” A recap of the race is here. 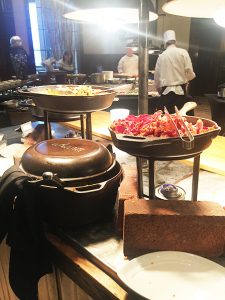 Since every Porsche event needs to include great food, Prime was the perfect place. As the drama played out on the television screen over the table, club members were not disappointed as they relaxed in to enjoyed the incredible feast that Prime offers; fresh omelets, roasted meats, salads, fruits, pastries and so much more. It seemed that everyone thoroughly enjoyed their meal. 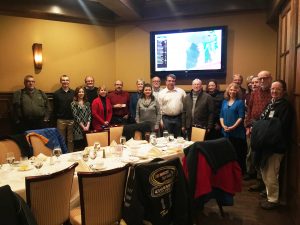 Lou Dahoda shared a quick run-down of upcoming events noting that the February 15th event at the CIA has been sold out. However, you can catch back up with the club on March 23rd at the FASNY Museum of Firefighting in Hudson. The cost is $10 for adults, $5 for kids ages 3 and older. Further, he said that you may return to the museum after lunch at no extra cost and that the Museum participates in the Empire State Reciprocal Program and NARM. Members of these programs will also receive FREE admission. (Good to know!) Dinner afterward will be at Kozel’s Restaurant in Ghent. Kozel’s is a family-owned restaurant known for its wide variety of “home-cooked” food and a popular destination for people in the surrounding area. Please RSVP to Lou Dahoda by March 16th at  Louis.dahoda@edwardjones.com.