Heartbreak for Toyota.  Elation for Porsche.  The 86 running of the 24 Hours of LeMans was decided with just three minutes left in the race when the leader, the Toyota #5 car, died on the track 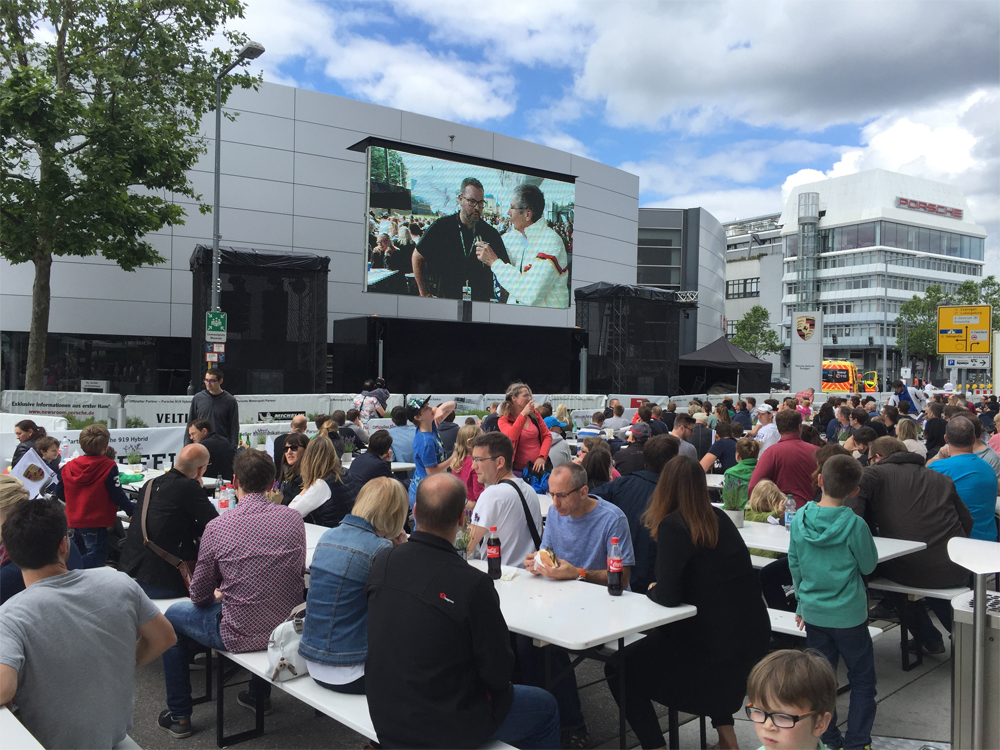 when a connector between the car’s turbocharger and intercooler failed.  As the Toyota coasted to a stop, the Porsche #2 car, a 919 hybrid which had been in the thick of the action throughout the race, was able to erase the one minute gap the Toyota had built and win the race.  Great drama and where better to watch the dramatic conclusion that in Stuttgart, Germany.  Thanks to Bob Bailey who emailed these shots of events at Stuttgart along with video of the last lap of the race and reactions of the Porsche and Toyota teams. 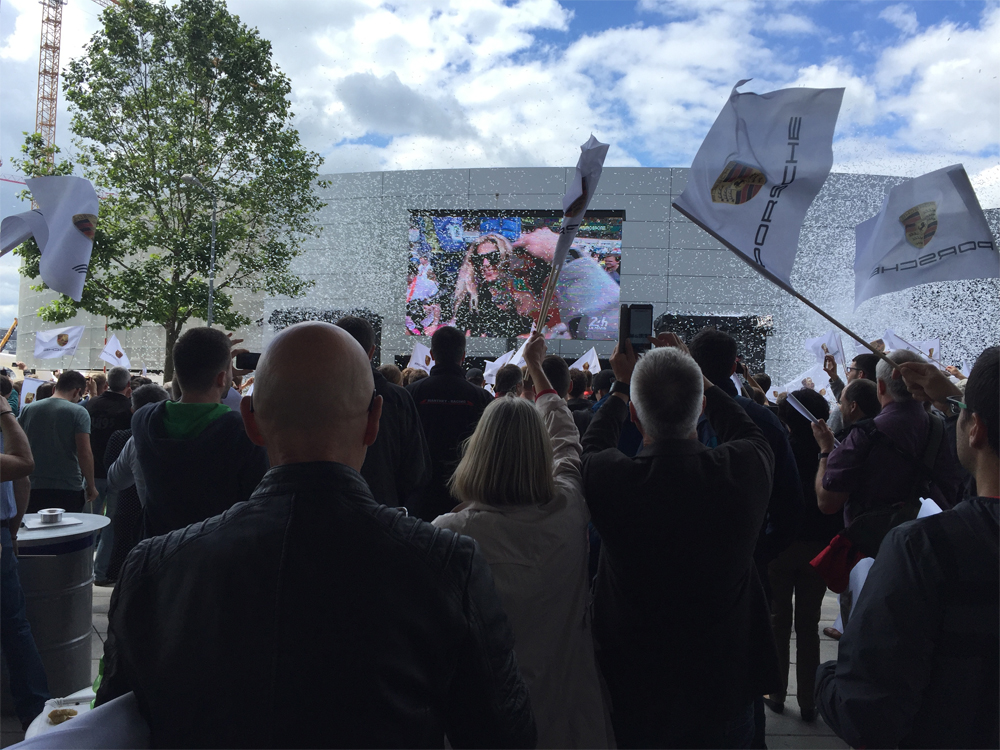 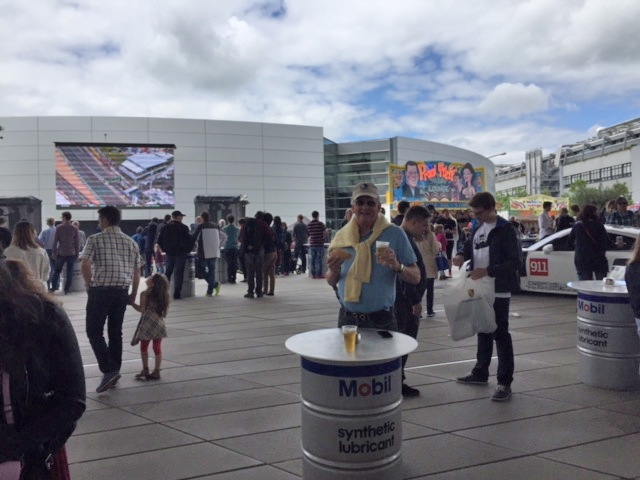 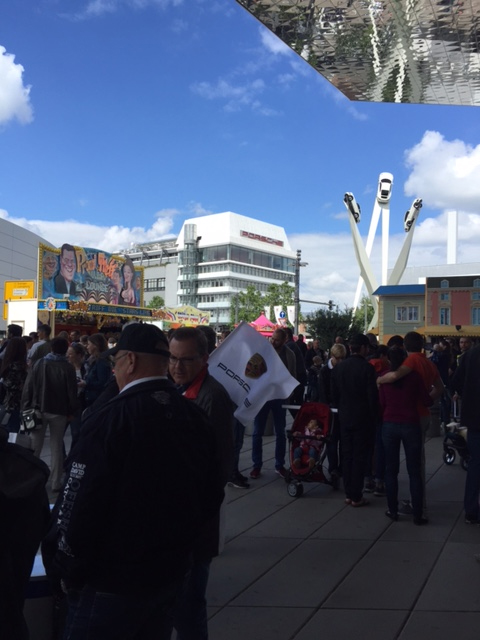 This entry was posted in Beyond our Region. Bookmark the permalink.