“It’s better in every way.”  That’s the assessment of the new 911 turbo from Jeff  Robillard, a man who knows his Porsches.  Jeff, who has been an instructor with Porsche’s U.S. Sports Driving Program since its inception, was in the Saratoga area with one of the new cars for a special four day Cars and Coffee event sponsored by Porsche of Clifton Park. The event offered a chance for Club members test drive the new 911 and confirm Jeff’s opinion.

The roads around Lake George were the setting for the first  day of drives on Thursday, 6/17. For the next three days the event moved to Saratoga, departing from the Auto Museum on Saturday.  By the end of the weekend over fifty drivers had experienced the new car’s increased horsepower and torque and had been pressed back in the seat after hitting the car’s turbo boost button and stepping on the accelerator. The option provides twenty seconds of extra boost that can propel the Turbo S model to 60 mph in 2.8 seconds.  With boost, the base model Jeff brought hit sixty in  a tick over four seconds.  Even with the relatively straight roads and restricted speed limits of the test drive route out of Saratoga, it was possible to get an idea of the extraordinary acceleration, handling and braking of the car. Those worried about the car losing the legendary exhaust note of the normally aspirated flat six have nothing to fear.  The car, especially in Sports Plus mode, has quite a growl.  Of course, such performance doesn’t come cheap.  Adding virtually every performance option available tacked another $45,000 on to the  vehicle’s base of $89,400.

As great as the 911 turbo is, the most enjoyable part of the drive might have been the chance to talk with Jeff.  He started with Porsche’s school at the Road Atlanta Race Track in 2000.  The school proved so successful that the 100 days available in Atlanta weren’t meeting the demand so, after three years the school moved to the Barber Motor Sports Park in Birmingham, Alabama.  Adorned by George Barber’s nursery, the track is often dubbed the Augusta of race tracks in a nod to the beautiful landscaping of the Augusta National Golf Course in Georgia.  Jeff teaches at  Birmingham forty to fifty days a year.  He’s on the road bringing Porsches to the public another fifty to sixty days.

Jeff, too, enjoys test drive events because of the conversation. While topics range widely, the most frequent  question Jeff gets from drivers is “how do I drive an automatic?”  For those weaned on six speed gear boxes, it’s a changing world: the GT3 RS is PDK only. Paddle shifting was the only manual option in the test drive car. Jeff says as enjoyable as running through gears manually can be, manual shift cars give up seconds to their doppelkupplung counterparts on the track.  Another question Jeff often hears from drivers as they contemplate the speed and acceleration the 911 turbo- “Have you ever had anyone get ticketed during a test drive?”  Says Jeff,  that does happen- an exciting test drive followed by an expensive ticket in the mail.

So Jeff’s favorite Porsche?  The Panamera GTS- one of only two normally aspirated engines Porsche makes. Jeff says the V8 makes great sounds, is a true driver’s car and has all the running gear the turbo has.  He adds it does everything.  There’s room inside for your friends. You can put bikes in it. You can drive it for pleasure.  Say’s Jeff, “It’s the only Porsche you need.”

A special thanks to Allen Schwartz for his reporting and photography, without which, this article would not have been possible. 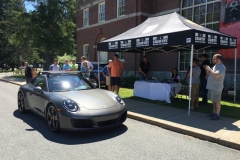 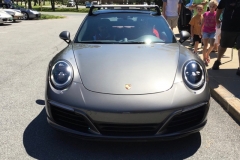 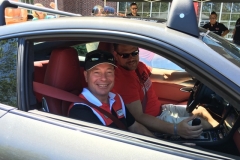 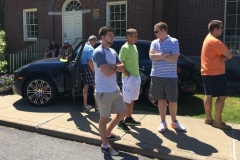 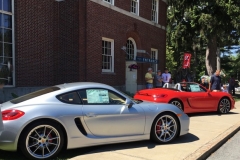 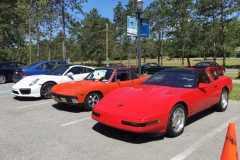 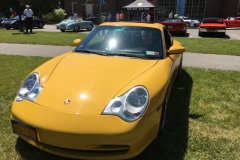 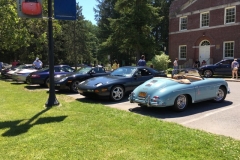 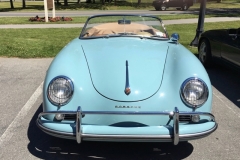 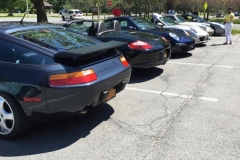 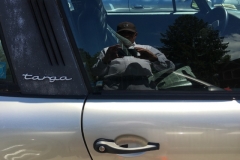 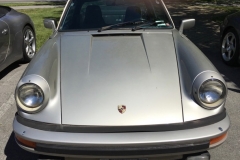 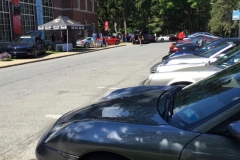 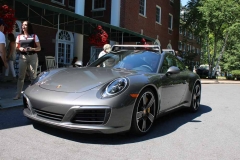 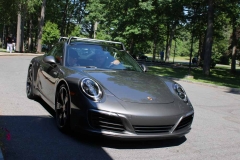 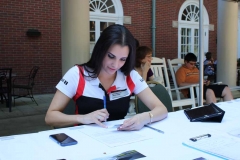