1) A condition in which one or more of the body’s senses experiences over-stimulation from the environment;

It’s a 30,000-foot warehouse located just outside of Gloversville, NY.  You enter through a somewhat cluttered office, past a desk piled high with papers.  Once inside, what you see is a mind-boggling collection of over 100 vehicles displayed in a swirling eclectic style punctuated with old gas pumps, trophies, posters, autographed guitars, neon signs and antique jukeboxes.  This is Jim Taylor’s garage.

As you gaze at the cars (there are over 25 makes represented), it’s hard to know where to begin.  Fortunately, on a recent trip to the garage, organized by the Saratoga Automobile Museum as part of its Spring Auto Show Weekend, Mr. Taylor was on hand to guide a private tour of his collection.

It seems there’s a story behind every vehicle — many of them written by Mr. Taylor himself.  His vehicles don’t sit gathering dust; he displays them at some of most prestigious concours in the world… and he drives them.  He’s raced from Beijing to Paris in a 1941 Buick.  There was the year spent driving a Ferrari 599 across North America to promote the brand, simultaneously raising money for the Ronald McDonald house.  He’s currently contemplating shipping a Jag replica once owned by Pink Floyd drummer Nick Mason to the Caribbean for a road rally.   While he’s driven on virtually every continent it’s just as likely you’ll see him pulling into the Auto Museum in Saratoga in one of his cars.

Mr. Taylor’s collection may not be the world’s largest [that distinction goes to the Sultan of Brunei who owns over 7000 cars, including 452 Ferraris]; but, it includes many rare and one of a kind vehicles.  On the floor, not too far from a couple of Chevy Corvairs, sits an Aston-Martin once owned by Eric Clapton.  There’s the old Ford truck, long ago used for revival meetings, and there’s a very different side of Ford- two GT’s and four Hertz Mustangs built for the execs at Hertz Rental, to mention just a few of the Mustangs in the garage.  Mr. Taylor’s passion seems to be Jaguars; there are close to thirty in the collection.  Of course, there are also a couple of vintage fire trucks, a taxi and popcorn wagon.  There is one vehicle with two wheels — Evel Knievel’s last motorcycle.

Mr. Taylor, the Chairman and C.E.O. of the Taylor Group [boating products, not Golf clubs] located in Gloversville, NY is a local guy with a great commitment to the local community. He sits on a number of boards and was a founding director of the Auto Museum.   The museum was created with an eye on staging a Coucours d’Elegance in the Spa City.  In Mr. Taylor’s words, “Eventually I’d like to get back to the idea of a Saratoga Concours. Amelia Island and Pebble Beach, California are the premier events in the nation, but with our setting, I think we could develop a world-class event as well.”  With Mr. Taylor’s passion for cars and knowing what’s in his garage, that would be quite an event. 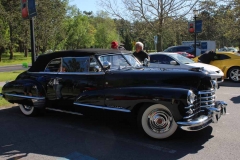 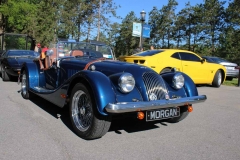 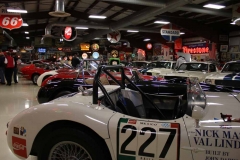 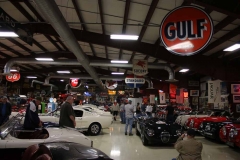 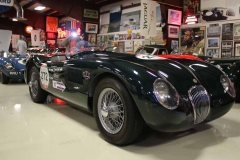 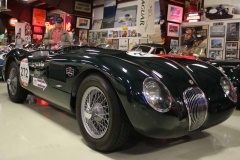 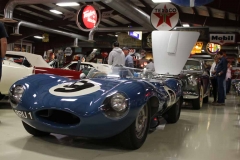 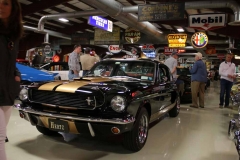 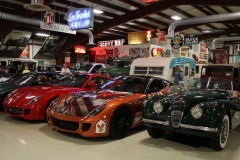 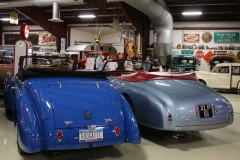 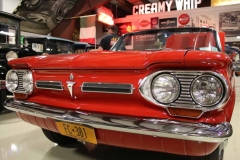 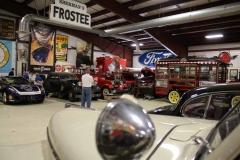 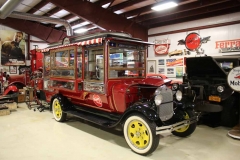 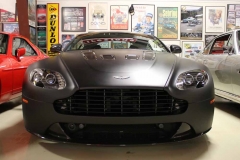 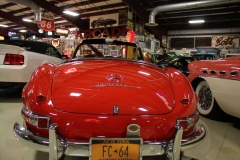 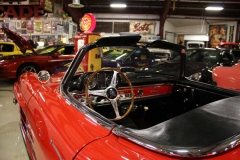 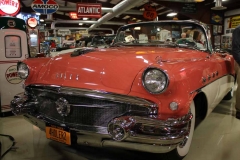 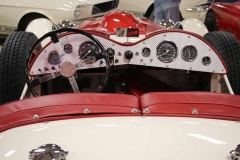 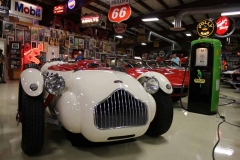 123►
This entry was posted in For Our Members. Bookmark the permalink.