Posted on April 1, 2019 by thebeauchemins

A Porsche Drive and Dine to FASNY

Impressive is the only way to explain what I thought as I pulled into the parking lot of the FASNY Museum. FASNY, an anacronym for Fireman’s Association of the State of New York, is the largest museum of its kind in the United States, and our Porsche club is lucky enough to have it right in our backyard. I wasn’t able to go to the Porsche Drive and Dine event on March 23rd due to a prior commitment, so I took a trip with Ken Blass last week to check it out. What an incredibly cool place! I’ll share only a very few of the highlights below. 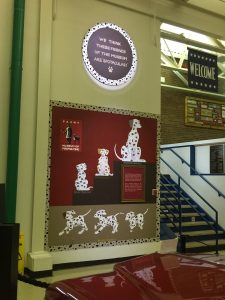 We were met at the door by Molly, a dalmatian therapy dog employed by the museum. We learned through Ashley, the head of education, that Molly takes her therapy-dog job seriously, and is a whole different animal without her vest.

As we explored the sprawling 50,000 square feet of museum, Ashley explained that the goal has been to make the museum more interactive, since research shows that the best teacher for kids (and adults) is by touching and doing. One of my favorite exhibits is called a “We All Suck!” that explains if you’ve used a straw, you understand the idea of drafting water from a source into a truck. The cistern exhibit illustrates the idea of a “well” as a source of water (the same as in a fire truck). 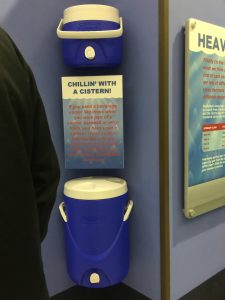 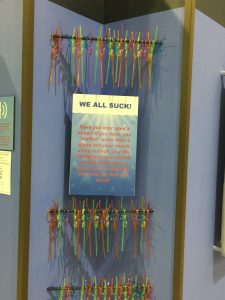 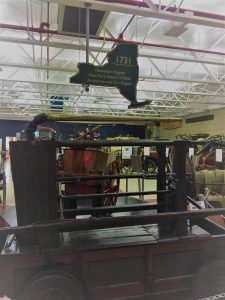 We were treated to some great stories about the trucks including the engine that saved Barbara Bush’s wedding day, the sled engine for those snowy winter days, the bucket engine from which much of the water splashed out on the way to a fire, and so much more. The exhibit area traces the history of volunteer fire fighting from its humble beginnings until the present day. 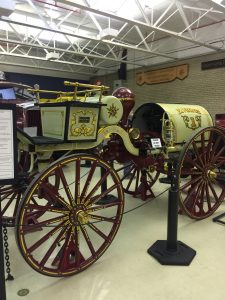 As we finished our tour, we learned that the museum is out of space for storing the equipment it continues to acquire. The organization is currently in the process of preparing to break ground for a 30,000 square foot expansion in order to display engines now stored behind fake walls and at other facilities, as well as to expand the education programs and event planning — expected completion late fall 2020 or early Spring 2021.

The following photos are courtesy of Kevin Van Genechten. 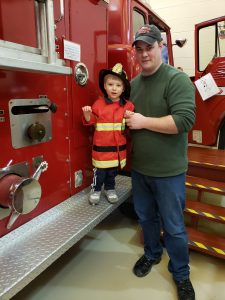 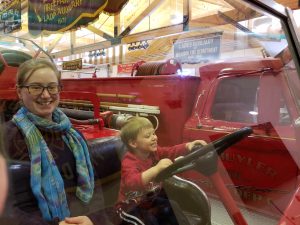