A few years ago, I had a minor fire when checking the spark on a Husqvarna dirt bike and it burst into flames. The first fire extinguisher I tried did not work; despite being nearly new.  The second one I used (a racing one) worked and the Husky was saved, although it looked a little barbecued.

That defective extinguisher was made by Kidde; so when I heard about a Kidde recall I checked what I had now. Kidde is the major fire extinguisher manufacturer who sells under their own brand and literally dozens of other brands.  They are presently recalling and replacing all of their plastic nozzle and handle extinguishers. The ones we buy for the track have metal parts and are OK, however checking the ones in my shop I found two that fell under the recall. One of my buddies checked his, as well, and had four more to be recalled.

The good news is when I called Kidde, they answered on the first ring and are sending replacements free of charge within the next two weeks.  I simply had to provide them with the model and serial number.  The Kidde website (www.kidde.com) has details on the recall. 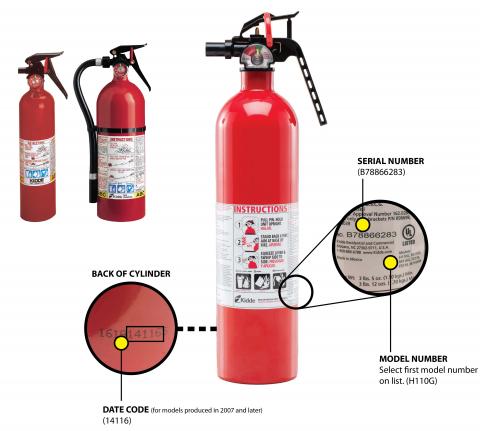 This entry was posted in Tech Talk. Bookmark the permalink.