Food, drink and socializing drew one-hundred and fourteen  HCP members to the Excelsior Springs Ballroom in Saratoga Springs for the club’s annual fall dinner on the first weekend in November.  The evening , a celebration of another successful Club year, gave members a chance to relive the year’s activities, recognize members whose contributions make the club go and take care of some important club business, including the announcement of next year’s executive officers. 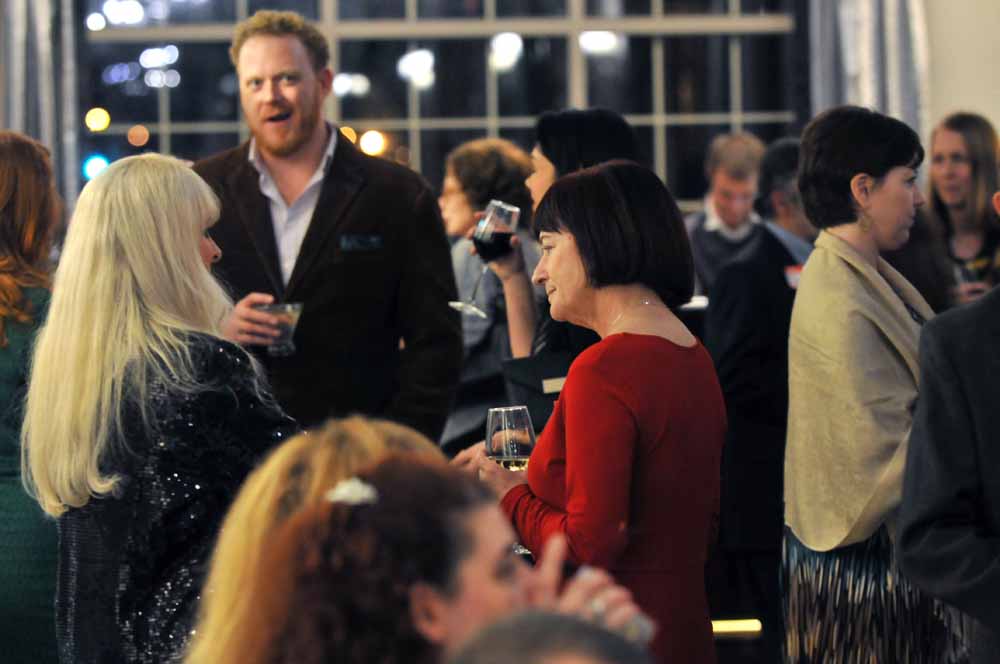 The evening began with drinks and conversation and the opportunity to browse nearly fifty items on display for a silent auction, the proceeds benefitting the Northeastern Association for the Blind at Albany.  Gift baskets, fine wines, craft bourbons, Porsche paraphernalia, and a wide variety of gift certificates were among the items that produced fast and furious bidding and a good bit of socializing.  As a result of the auction, HCP’s main charity event of the year, Charity Chair Sharifa Perry was able to present a check for $2,095 to the NABA.

After introductory remarks from president Ken Blass and comments from Gail Hessney, NABA Senior Associate of Communications  who attended a portion of the dinner, dinner was served and forks were raised.  The evening’s business  began during dessert.  Sue Corah took members on a journey through the year’s social activities while Chris Klapper and Andy Dorman provided updates on the season’s track and driver education activities and Sharifa Perry described  the Club’s fundraising efforts for the year.  Some business was devoted to transitions.  After two years of organizing  great events as Activities Chair, Sue is stepping down, replaced by Louis Dahoda.  Sharifa is leaving her position as well; the club is currently looking for someone to continue her very successful efforts as Charity Chair.  Changes are also occurring on the executive board.  Jim Morgan will replace Ken Blass as president and Chris Klapper will become the new vice-president, after winning a three-way race for the position in the recent election of officers.   Lydia Marlow remains Club secretary and Will Waldron, who reported the Club remains on sound financial footing, will continue to serve as treasurer. 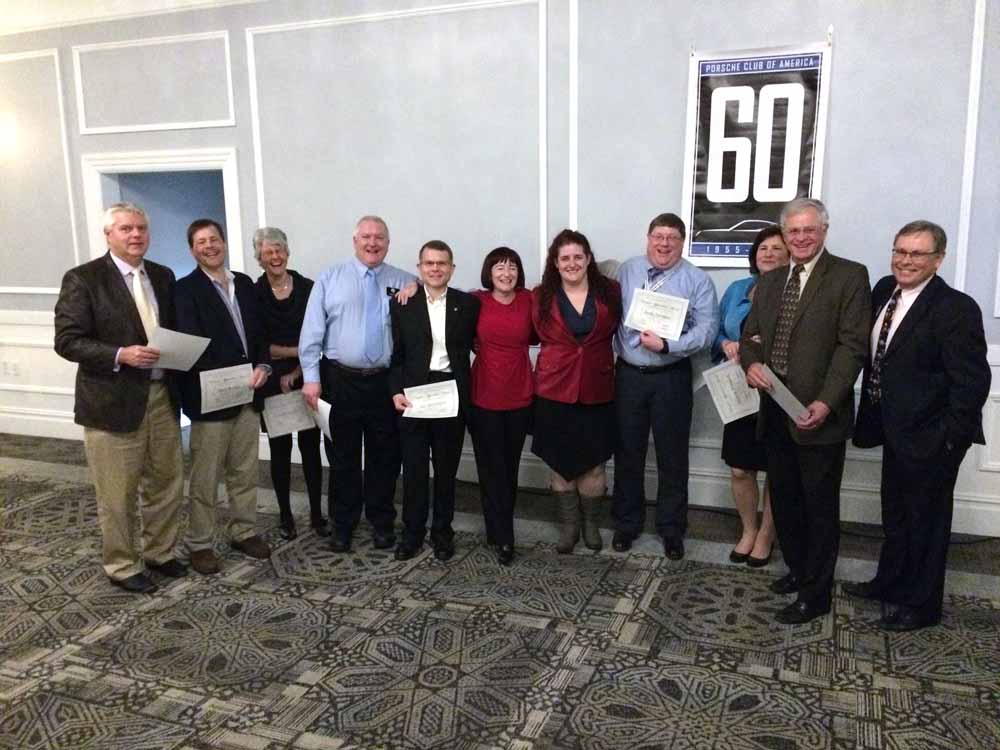 This was also the time to honor those who volunteered their time and effort without which the club could not function.  A deep thanks to Laura de Graffenried​, Kerri Morgan, Al Harper, Jeff Markussen​, Amanda Brinke​, Andy Dorman​, Bill Verburg​, Chip Corah​, Donna Ehmann​, Tom Ehmann​, Chris Klapper​, Linda Klapper​, Will Waldron​,  and Matt Rutten​.

The Club’s 2015 activities come to an end with the annual holiday party on Saturday December 5th.  Kevin and Michelle McGrath have graciously offered to host this year’s gathering at their home located at 58 Miller Road, Berne NY. 12023​.  Festivities begin at 5:00 pm.  Bring a bottle of wine to share and support the Club’s final charity effort of year by bringing an unwrapped toy for Toys for Tots.​
​