Arrive and Dine at the CIA

Posted on February 21, 2019 by thebeauchemins 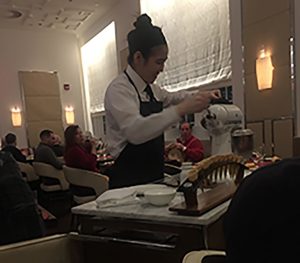 As we stepped out of the car into the parking lot at the Culinary Institute of America, in Hyde Park, NY, our senses were immediately engaged in the delicious scents wafting through the campus. As we climbed the stairs, and then entered the restaurant building, we joined the rest of the club members who had arrived early for a tour of the facilities. With the tour finished, we stood in front of the restaurant doors with anticipation. The waitstaff beckoned us in, and we found our seats. We were ready to start our next culinary adventure. 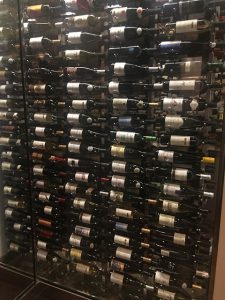 The Culinary Institute of America is the brain-child of Frances Roth, a Connecticut based attorney. It is not known if she ever worked at the restaurant, but she was determined to establish a school that would become the culinary center of the nation. With the help of Katharine Angell, wife of then president of Yale University, James Angell, Ms. Roth turned her passion into a new vision for the education of chefs. The original school was opened in 1946 in New Haven, CT and was the first and only school of its kind at the time. 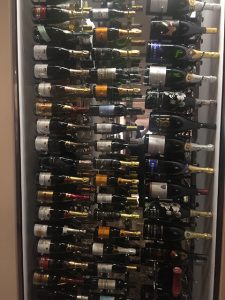 The number of students grew exponentially over the years, and by the late 1960s, the school began looking for new facilities. They considered locations in Chicago, Atlanta, and Columbia, MD, finally setting in Hyde Park. In 1972, the doors opened at the present, and a year later in 1973, the college opened its a first on-campus restaurant.

As you would expect, the food was excellent. The meal started with appetizers and fresh homemade bread including sourdough and rolls. The salads were fragrant and lightly oiled and herbed. The soup was creamy, and from what I heard, delicious was an understatement. I had the best risotto I have ever tasted. I didn’t finish it, though, because judging by the scents wafting through the restaurant, the pastry chef was hard at work creating some delectable desserts Smoking Desert Video Clip. Suffice it to say; we were not disappointed! 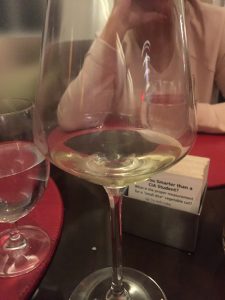 One of the most fascinating things about the experience was speaking with the waitstaff who are all students there. One young woman serving our table was from Germany, another young man from California, and still others from varying places in the nation and across the world. They explained that their education includes every part of the restaurant experience including food preparation, desserts, wine and cocktail pairings, and more.

All in all, the experience was something that we hope to do again soon. If you missed out on this experience, it is definitely worth the drive, but be sure to call for reservations well in advance! 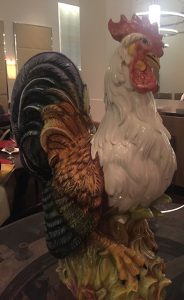