Posted on October 1, 2019 by thebeauchemins

There is no other way to describe the fall getaway this past weekend (September 27th through 29th) other than fantastic. The air was chilly as thirty-eight members of the Hudson-Champlain Porsche club gathered in Schodack for a run-down on the weekend plans before heading off with Ken and Karen Blass leading the way. The scenery treated us to an early taste of fall with touches of red and yellow. 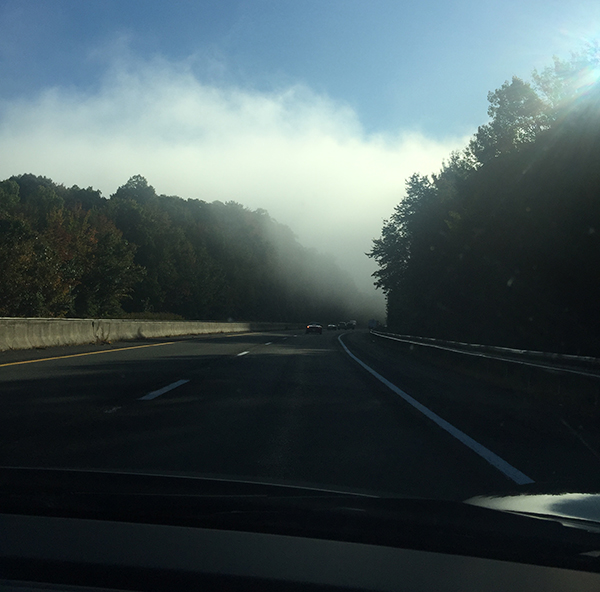 Around one bend a wall of fog sandwiched between the hills served as a reminder to turn on our headlights as we drove toward our destination of Newport, Rhode Island.

Upon arriving, we gathered for a quick lunch before jumping on board the trolley that would take us on a tour of some of the highlights of the area. 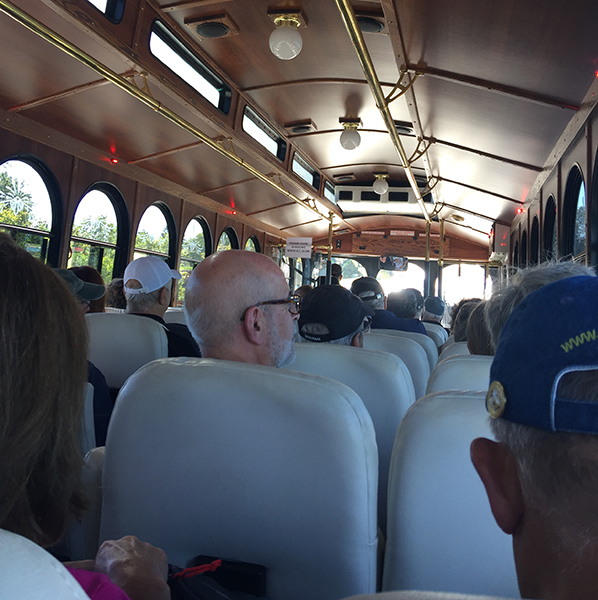 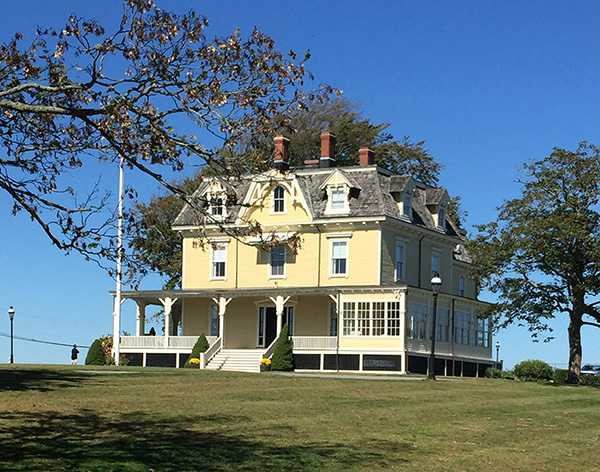 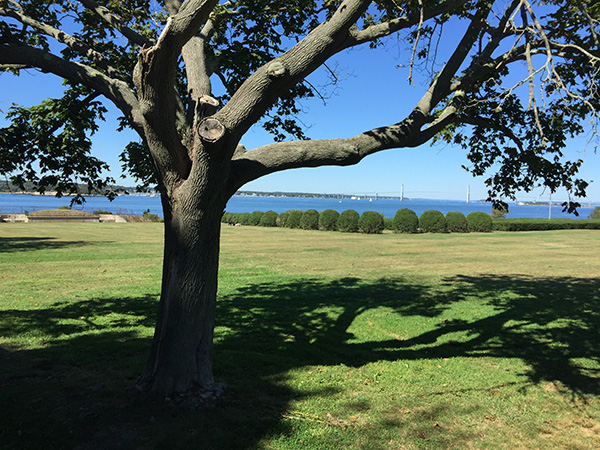 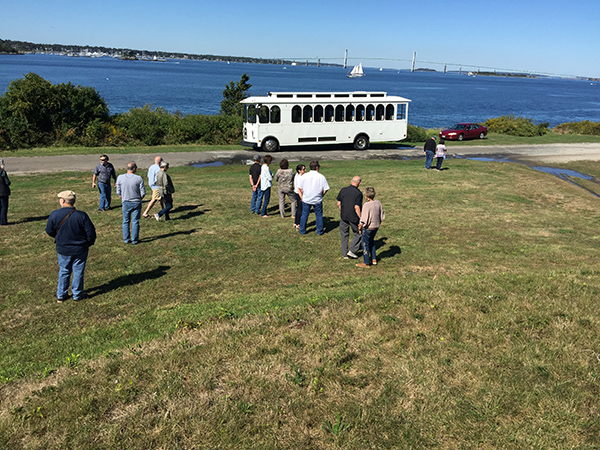 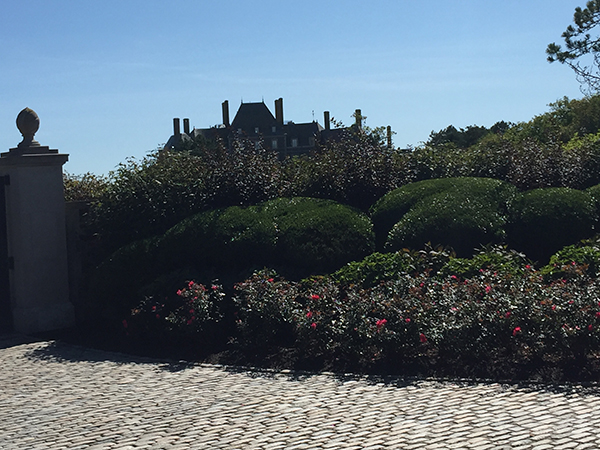 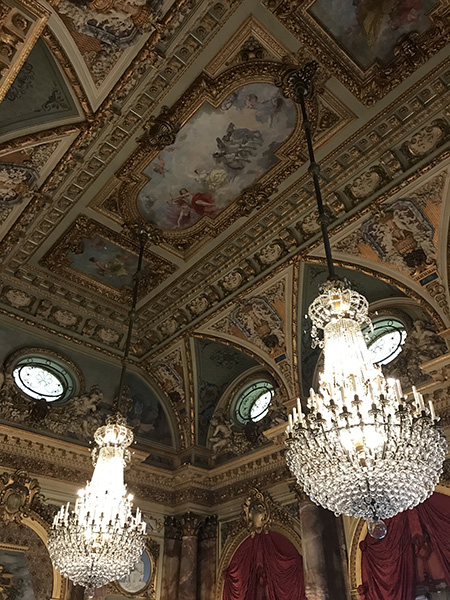 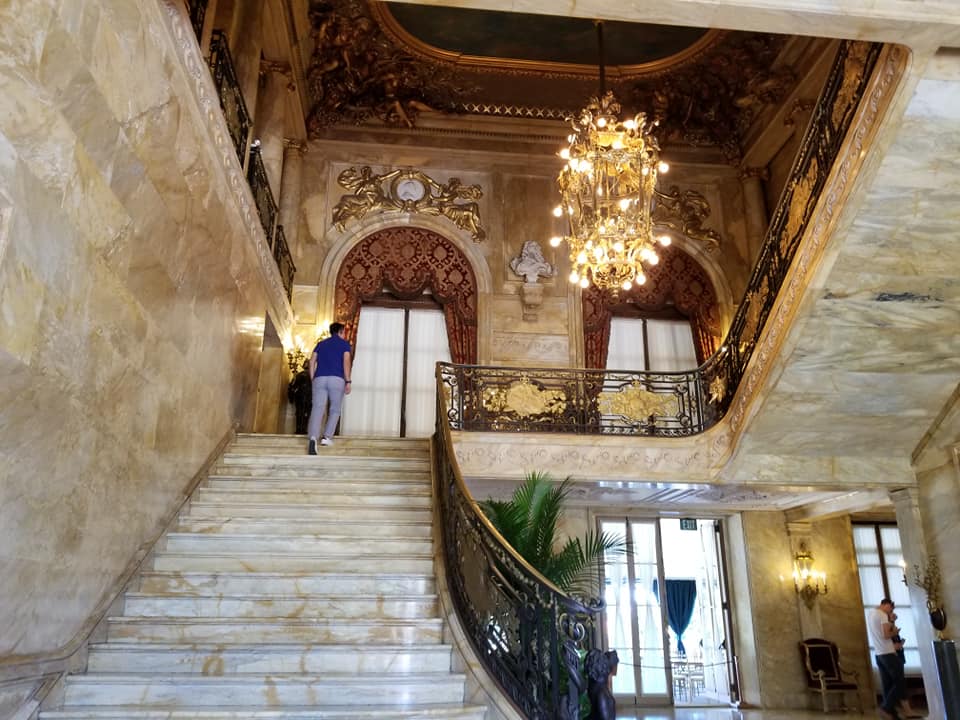 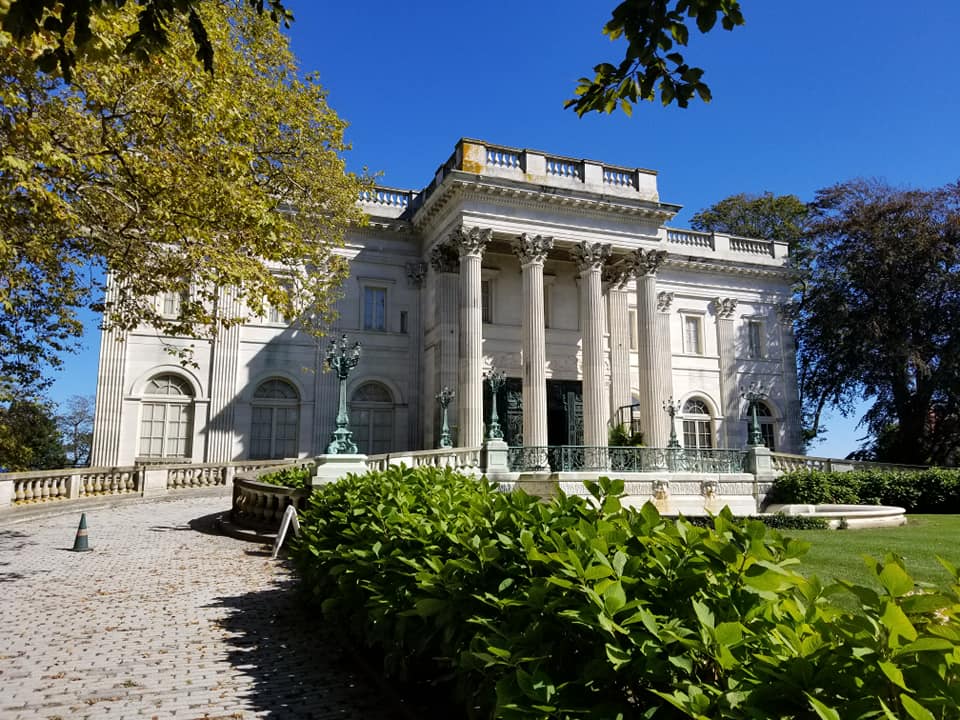 Along the way, we learned of the The 400, an elite group chosen by socialite Caroline Astor. Her requirements to be accepted as part of the group were three generations of non-working family members and a million dollars in the bank, which is equivalent these days to twenty million.

After a rather harried ride to the train station Friday evening during which Donna Hughes showed off her autocross skills, everyone enjoyed dinner aboard the train running out of Portsmouth Junction Station while a murder mystery played out around us. 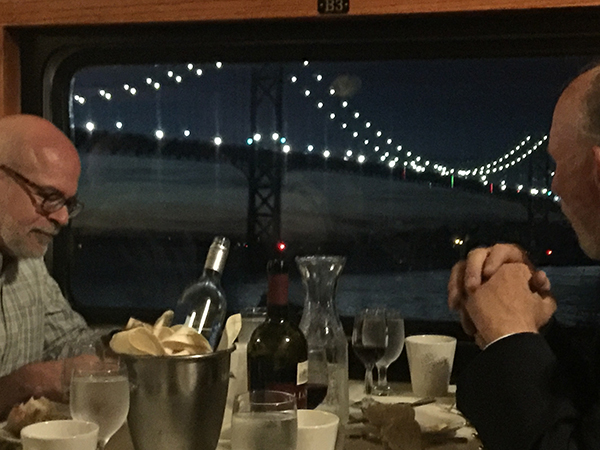 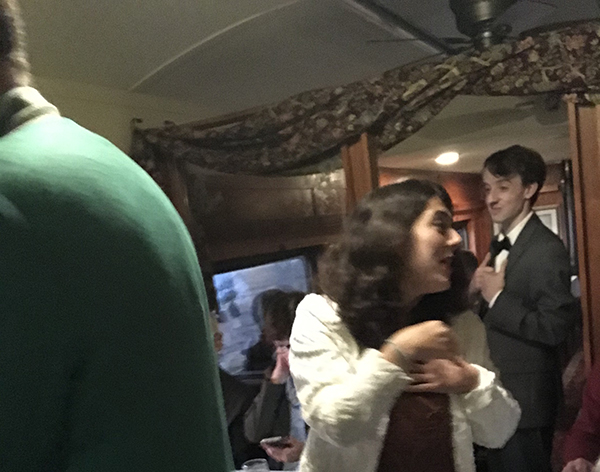 Good job Stanlee getting into the part of “Danny” and Dave bringing to life the part of “Lucky”! They don’t call him Lucky for nothing! 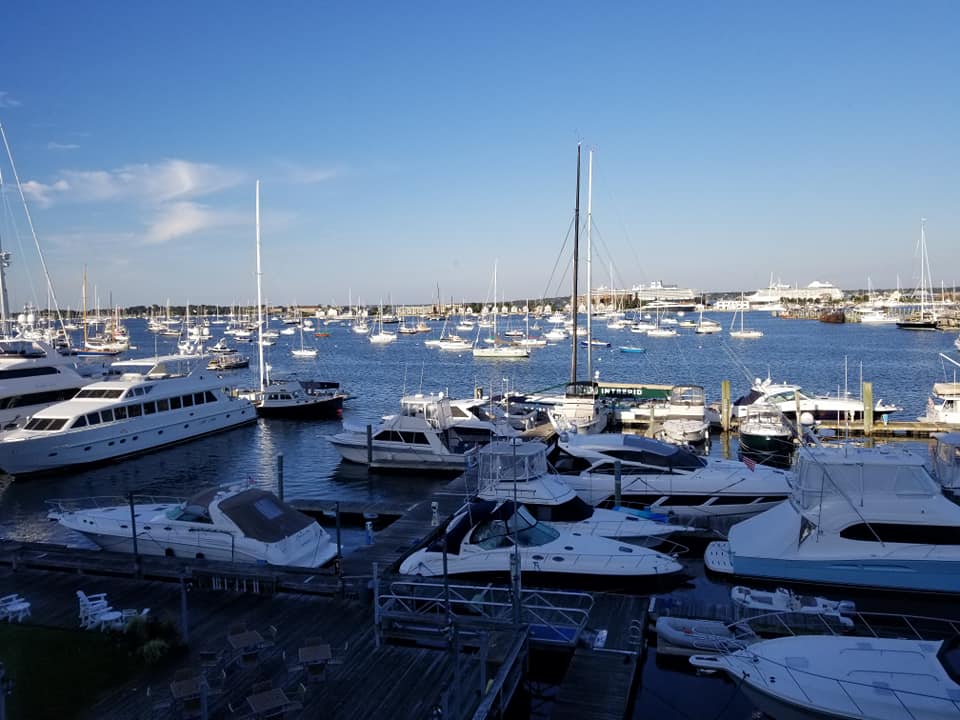 Saturday morning dawned clear, windy and a perfect day for sailing. Our group split up to sail on the  America’s Cup 12-Meter Charter vessels while others toured the bay on the Rumrunner, a prohibition era boat. Still others decided to tour the town. With our bellies full after a delicious lunch at The Lobster Bar, our group decided a walk to the Audrain Auto Museum would do us good. 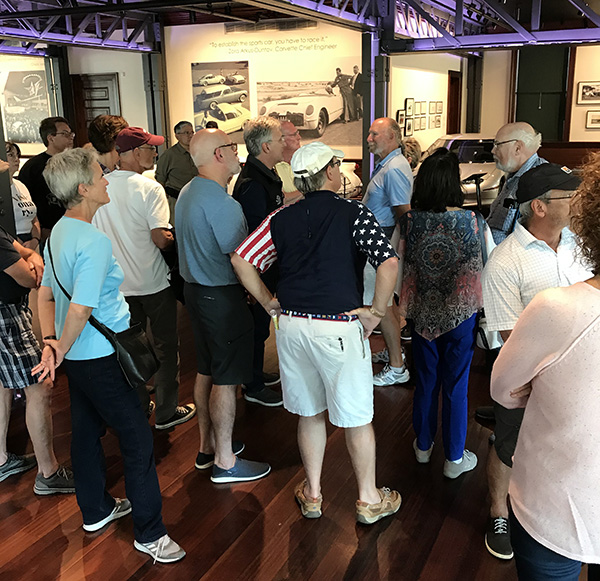 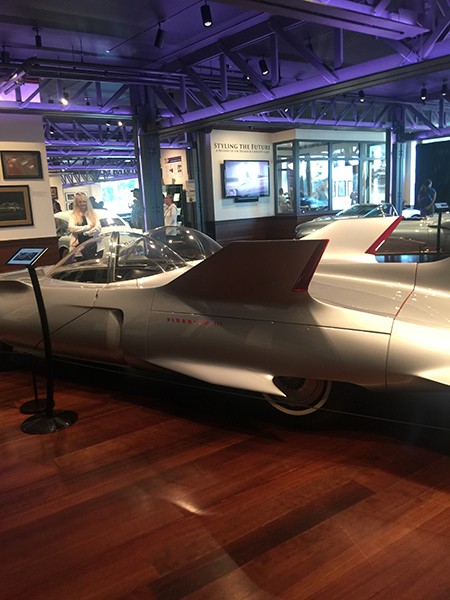 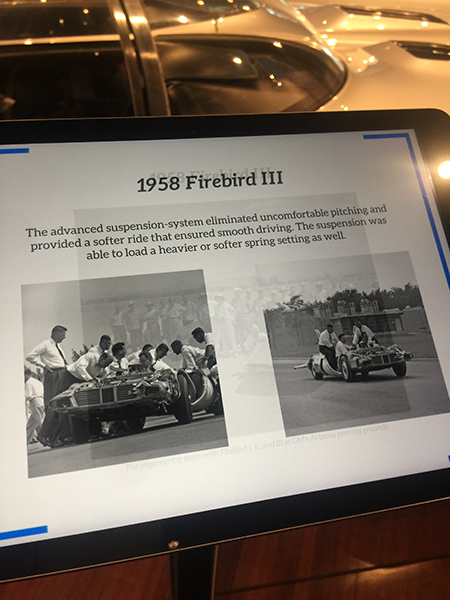 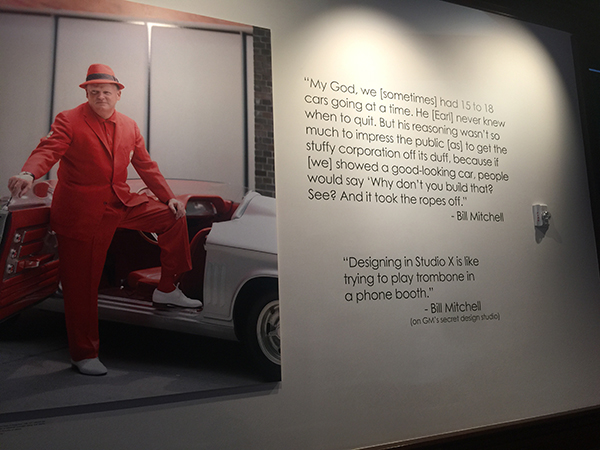 When we arrived we were treated to a tour by the museum’s director who knew all the ins and outs of the thirty concept cars on display there until the end of November. If that wasn’t enough, our group was treated to a tour of the tennis museum followed by drinks and dinner.

Sunday morning began just as beautiful as the rest. While some of us lingered well beyond breakfast enjoying the incredible weather, others toured the Newport Auto Museum, which opened in mid-2017 in a former missile manufacturing facility in Newport. Because the day was so beautiful, many members originally slated to spend time at the museum decided to take the Cliff Walk, which is the scenic 3.5-mile walkway that borders the back lawn of The Breakers and many other Newport mansions. For those interested in seeing the cars you missed, this link will take you to a site resplendent with pics. Thank you, Bill Pollack, for setting this up for the club members!

What a full weekend! Thanks so much to Ken and Karen Blass for making the arrangements and handling all the details that made the trip feel seamless.