Chris Klapper was right.  You drove autocross and it was a hoot; still, you got thinking maybe you hadn’t fully explored your car’s limits- or your own.  So you headed off to the track for a little DE.  That got the blood flowing; but, somehow, you’re still looking for more- for that chance to take your driving skills to the next level and get that rush of adrenaline even DE couldn’t provide.  Club Racing offers that rush.

You’ll find the opportunity to plunge into Club Racing at a number of tracks in the northeast.  At some point in the season races are run at  Lime Rock Park, Watkins Glen International, Monticello, Canadian Tire Motorsports Park, New Jersey Motorsports Park and Summit Point Raceway in West Virginia.   With the exception of  races at Watkins Glen which are hosted by PCA Zone 1, races at each track are sponsored and staffed largely by a host PCA region. 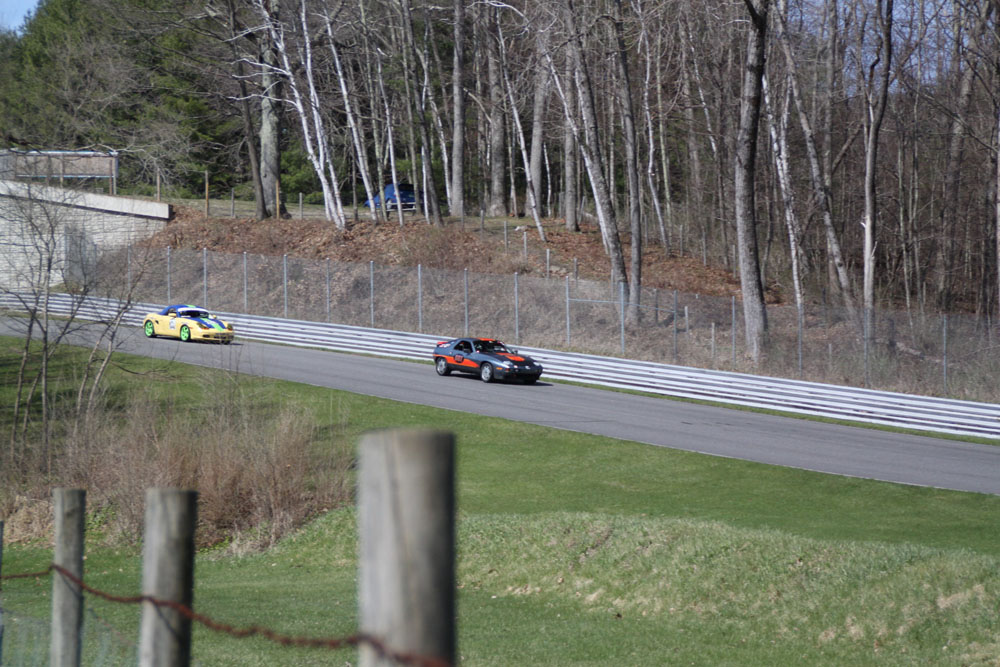 At each event, several race classes are combined into a race group with three or four races being the norm.  Race weekends usually begin with practice on Friday, with all race groups on the track together.  There may also be qualifying and practice starts held later on Friday.  Saturday’s, usually feature two thirty to forty-five minute sprint races for each group. On Sunday there may be a third sprint race; almost always there is an enduro of sixty to ninety minutes.  Enduros require a pit stop, of at least five minutes,  often taken near the middle of the race.  Cars start  two abreast behind a pace car, their starting positions based on qualifying times.  As with NASCAR, when the pace cars pulls into the pits and the green flag is waved, all systems are GO.  Each car has a transponder that electronically records laps and lap times allowing the determination of winners in each class.  The last sprint and the enduro are “points races” that accumulate for each car/driver toward the national championship. 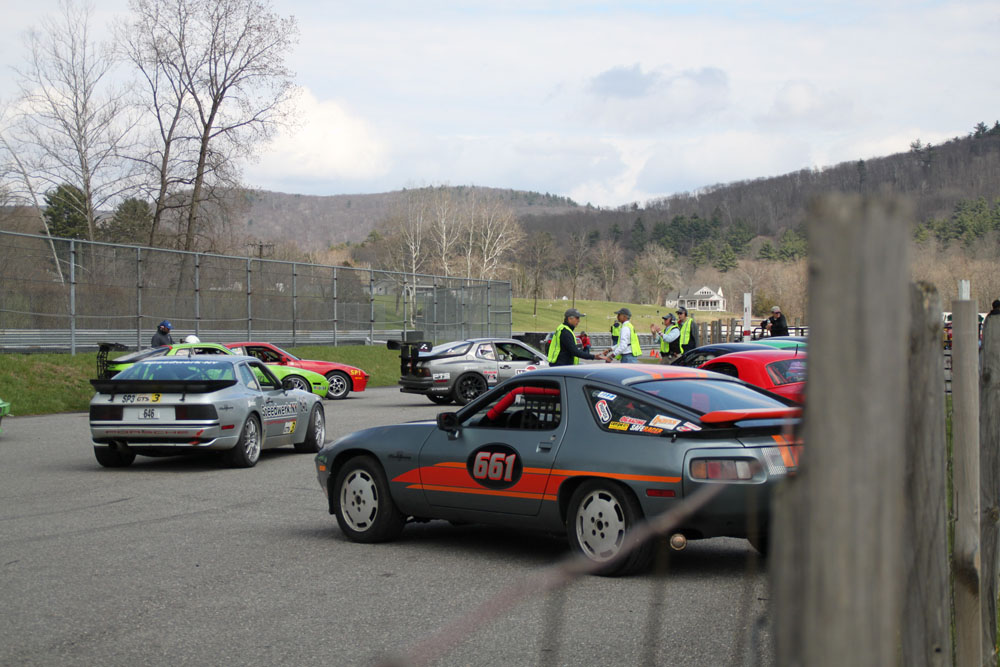 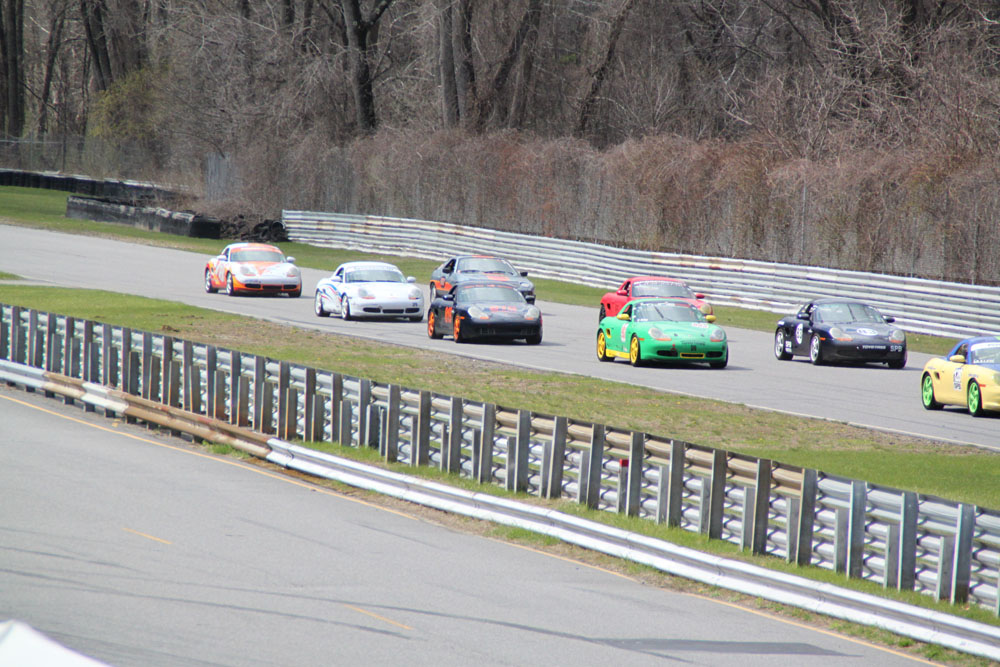 Any Porsche can be set up for racing; cars are placed in a class with cars of similar performance. Classes are generally defined by the number of pounds for each horsepower provided by the engine.  They range from Class A which includes early 356’s, 911’s, 914’s and 924’s with lb./hp ratios between twenty-one and thirty-one to GTC5 with modern  997 Cup Cars, at the other end of the spectrum.  Overall, more than twenty-nine classes are identified in the rules. The class that contains the 944’s is one of the more popular classes. In the broadest sense, cars fall into one of four categories based on the extent of modifications made to them.  Cars that are street legal and have full road equipment are classified as stock ; Specially Prepared or SP classes allow some modifications.  Cars, in the popular SP1 class are modified but are essentially stock. Cars designated SP2, or SP3 have additional modifications.  Whatever the modifications, SP2 cars remain normally aspirated.  Turbos are found in the SP3 class. Modifications can include changes to the brakes, suspension, exhaust system, tires and other components that relate to safety and speed. 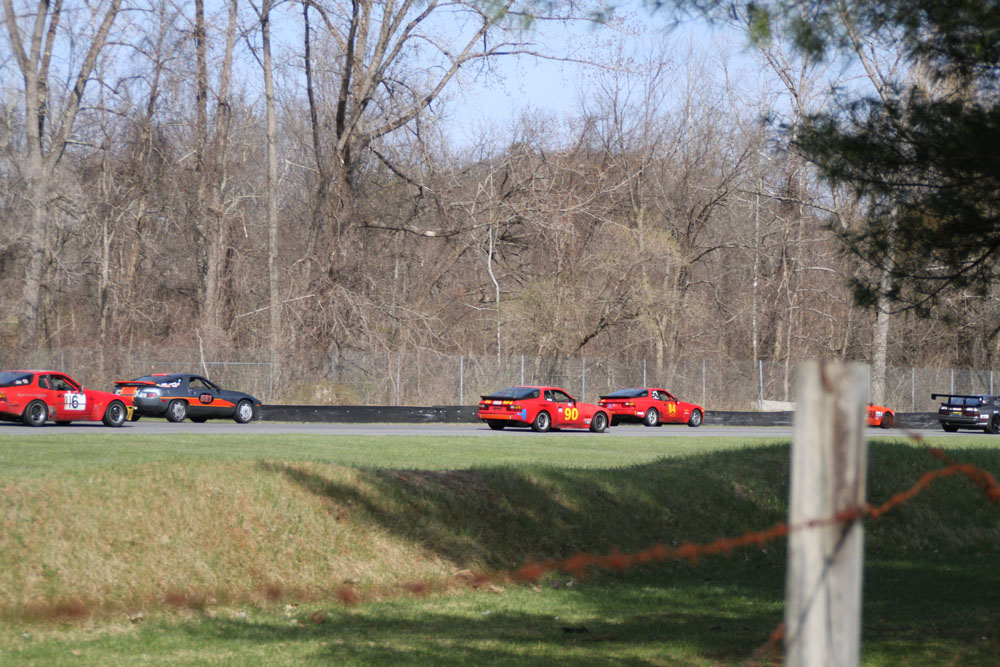 For all classes, several safety devices are required.  They include a full roll cage, a racing seat, a full five or six point harness, window netting, an electrical cut off switch and a fire extinguisher.  Also, the driver must wear a helmet, a HANS device to reduce the possibility of head and neck injuries, a fireproof racing suit and shoes.

The PCA National Office provides administrative support and establishes and maintains all activities associated with the national licensing of Club Racers. Licensing questions should be directed to Susan Shire, Program Coordinator. Once you’re licensed, you’ll  receive Club Racing’s official bimonthly publication,  the Club Racing News. The National Committee also includes a group of Chief Stewards, Chief Scrutineers and National Time Techs. One, or more, of each group is assigned to each Club Race; the assigned individuals function as the chief operating officials for that Race.

Club Racing is established around several guiding principles. First, there should be a class for all Porsche sports cars, whether stock or modified. Second, the racing is to be fun, safe, and clean. 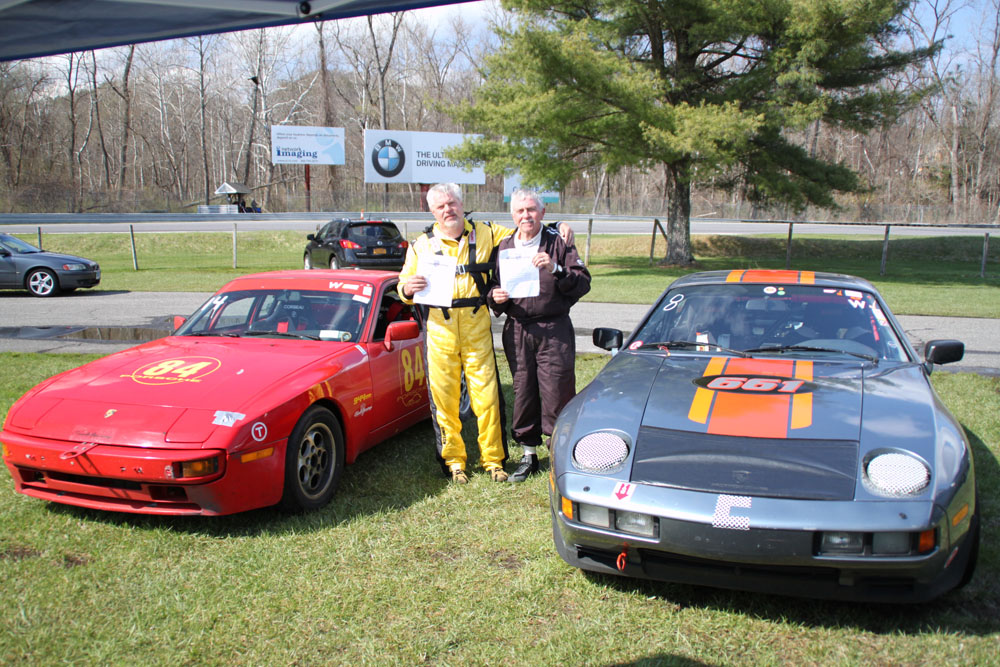 This principle is embodied in the strict enforcement of the ’13/13 Rule’, which provides for immediate sanctions against any driver at fault in any incident involving car damage. Third, the organization and operation of Club Races is to be uniform, so that any racer may attend any Club Race and know exactly what to expect.  It is the combination of national rules, national licensing, the national committee, and the enthusiastic and dedicated host Region personnel that has allowed Club Racing to build a strong racing program while rigorously adhering to these principles. Further, it is the belief of the PCA Executive Council and all those involved with Club Racing that continued adherence to these principles is the basis for continuing success in the future. The continuing success of the program also lies with the tremendous support provided by the national sponsors who are owed a debt of gratitude.

The Hudson Champlain Region has  had the good fortune to have several national PCA Club Racing champions among its members in recent years.  Currently, a number of club members continue to race in the program.  If you’re looking to find your limits and the thrill and camaraderie that only Club Racing can provide, contact  John H. Schafer, Chris Klapper or Kevin Palmer for more information.

This entry was posted in Autocross - Driver Education - Track. Bookmark the permalink.